Some flash fiction for this week’s challenge. Thought up as I got my dinner ready. The essential question, ‘Where do you come from?’

The storm, they said, was a once every two hundred years one. But I don’t know how they count off the time. The tree had been through two at least, but this one had been too much. I heard it go over, through the walls and with my feet. It sounded closer than it was.  It was off in the woods, a bit up the road. In the morning it stood out like a missing tooth, a gap in the trees where the light came in. The council men were already there, it’d blocked off half the road. The tree had gone clutching a fist of soil, wrenching out a crater and toppling rocks down the hill.  They’d already sawed the trunk in half.  In the hole there were stones and bones. The police had just been called.

They arrived in a hurry, as you’d expect, but didn’t stay here long. This may have once been a murder, but it was not for them. They taped off the scene and warned us all, ‘no taking souvenirs now!’  They left slowly, disappointed I think. Some time later, a white van came. Archaeologists, I guess. I’d fought the urge to fossick, but I was curious. Besides, I’d been left on guard. My neighbours had better things to do.

I’d spent a quiet hour staring at his skull, as close as I could be without touching. The jaw was intact, there were lots of teeth. His lower half was still in the soil, bones sticking out from the crumbling hill. He’d slept by the tree for some five hundred years, maybe more, they said.

It’s beyond the houses, there isn’t much here, just the forest and the ancient road. It’s a pilgrims’ way, still used today. Before the saints came it was a Roman road, but I don’t think he’d be that old. There was not much to see really, it was all quite quick. He hadn’t been buried with anything much. The leather he’d been wearing, gone with the cloth, it’s too damp here for much to survive. There were no spears, swords or treasures, just the bones were left. Good teeth, they told me, he was probably not old, and yes, he had been a man.

I wondered, I still think now, why was he left out here? It’s twenty minutes to the centre of town, was he close as that, or had he just set out? I think he was a stranger, to be buried right out here. I’m sure he was a pilgrim, come from far away. There were no friends or family, that’s why he was resting here. It doesn’t matter now if he had made it to the shrine. He died on a pilgrim road, so his salvation was assured.

I dreamt of him several times, but it wasn’t with any fear. I think he’d had a pleasant face, maybe an honest smile. I wish we could have talked, but all I’d want to ask, is ‘Where do you come from?’ and listen to him speak.  I would not want to ask him  now  ‘Where are you going?’  It  doesn’t seem to matter after all this time. 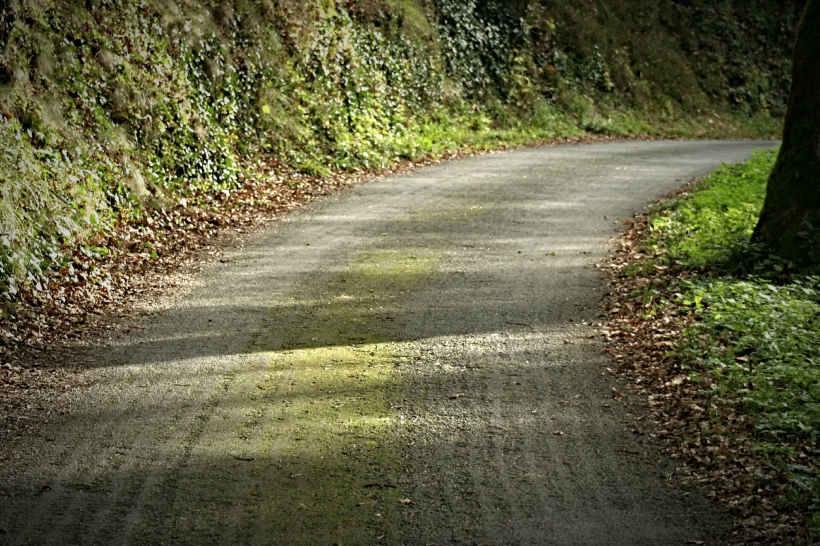 3 thoughts on “Where Do You Come From?”