Mr Latimer Naseby has been editing some of the writings of Charles Wheatstone, never before published.

It being winter now, there is little sunlight to catch in my mirrors. There is not much point continuing those particular experiments until we obtain decent light. Most of my senior colleagues have returned to Oxford and their warmth, wives and loved ones. Indeed, the speed at which they left was nothing short of astounding. I am told that a well tuned steam carriage can make up to thirty miles in an hour. Who could have imagined such a thing? It is if a railway had laid its tracks right to your front door. Some of my younger assistants even dared conduct the thing themselves! I suppose we must all hail the new charioteers, although I fear my shares in the railway company might soon be in decline!

Such are the idle concerns of a man becalmed. I suppose I could have busied myself designing improvements for these rushing conveyances. I can see there is much to be done with the suspension and most importantly, the lighting arrangements. I know one who likes to drive at night, I fear it will be the coming thing. For my local villages though, the approaching sound appears to be the coming of Satan and his hordes!

Instead of adding my knowledge to this steam mania, I amused myself by reading and playing a few airs, mostly of my own composition, on my Anglo-concertina. I have been asked. ‘If it be English, then why must it be Concertina?’. I answer plainly ‘Because I made it thus. The Italianate title is a little more platable than calling it The Squeezing Box!’.

The naming of inanimate objects, even animated machinery, is a human foible. My young associate has bought himself a steam-carriage that goes by the name of ‘The Skylark’. ‘How does it sing?’ I asked, but he was puzzled by my question. Neither, praise the Lord, does it fly as yet. It is only a matter of time, I fear, before these machines take to the sky.

I have decided to write up some description of my recent experiments and detail some of my plans for the coming summer. There are plenty of scientific notes on the subject, graphs, calculations, diagrams and schematics. However, to the layman, these are simply lines drawn on ruled paper. I have determined to write down in plain terms what I have discovered and what I expect to find. This is as much for the sake of my own clarity as anybody else’s.  I have recently learnt much which is most sensational.  In this chilly weather I will write a cooler appraisal of my astounding research. 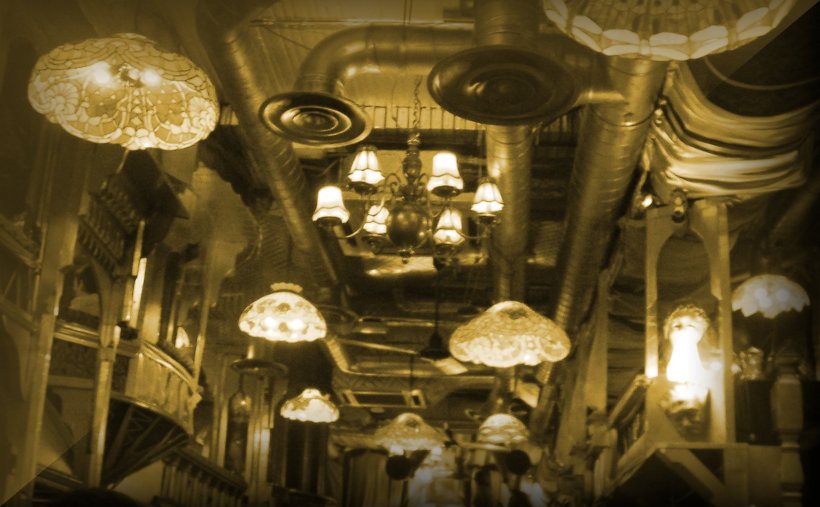 This is another excerpt of an ongoing fiction work ‘Mr Faraday’s Cage & Other Tales of Obscure Science’. I will be publishing new parts twice weekly.