Tap into your inner child and conjure up some of the magic you experienced in your childhood. When I was a kid, I was convinced that I could fly and wouldn’t let anyone tell me otherwise. What improbably hopeful dreams did you have?

A second post for the day, I feel a bit pushy!  This Weekly Writing Challenge popped into the mailbox as I was getting my dinner ready.  I hope I haven’t ruined dinner. This popped into my head.

The Man At The Upstairs Window

When I was young it was very cold, I remember the street always covered in snow. There must have been summers, but the snow stays in my mind. It was white on the pavements with shoe tracks and bike wheels. When I came home from school it was brown, ‘slush’ we called it. I don’t remember being cold. Even that day I fell through the ice, I didn’t feel cold. At home we had the fire on, at night my bed was warm. I’d wake up in the morning and go to my window, look down on the clean white street. My room was upstairs. Sometimes the snow was still falling.

I could see them on my window, but it was much clearer down in the kitchen. There were always fantastical patterns of stars and curves. I couldn’t understand what it was saying, but perhaps it was mirror writing. It was, after all, written on the outside. All of us knew, because my Mam had said so, Jack Frost had been. I wanted to know what it all meant. It looked like a map of some sort. I’d seen pictures of outer space, Jupiter and Saturn, I assumed it was something to do with that.   I’d lie awake wondering what Jack Frost was doing. Why was he outside?

The lights in our street went out at around midnight, I was sometimes awake to see it. I would sneak a look out of the window, see the odd house light still on. I was supposed to keep the curtains closed, but I liked to see out. Sometimes the snow seemed to glow, as if it was lit from inside. On special nights it could be very light, I’d even seen the reason for that. There was a sharp clear moon hanging over my roof. The garden gate made a huge shadow, an entrance fit for a castle.

One night I was awake and there was a shadow crossing the window. There was something outside. I was never afraid of the dark and I didn’t have nightmares. I was upstairs, nothing could get in the window. Could it? I opened the curtains slowly, so as not to scare my visitor.  I wasn’t surprised. There was a thin faced man, a pinch faced man with a pointed nose. He was drawing on my window. He waved, I waved back.

I knew I couldn’t open my window without waking up the family. Besides, it was really heavy. The thin man smiled again and was gone. He was just a small cloud of breath hanging in the air. Then there he was, in my room. He sat on the end of my bed, just like my Dad did. He hadn’t brought the winter in with him at all. He did seem to enjoy the warmth though.

‘Can’t stay long’ he said, with a voice like an ice cream salesman ‘work to do!’ I think he was wearing blue, but I can’t be sure. ‘What is your work Mr Frost?’ I knew his drawings were different every morning. He’d start a line up the window then branch out into curls and ferns.
‘Sums’ he said ‘I’m doing the sums for space.’ Well I’d done some sums, I even knew about decimals. ‘What sort of sums look like that?’ I asked. Seemed a fair question.

‘Oh, I call them fractals’ he said ‘just like the leaves of the Fractal Tree.’   Well I’d never seen a Fractal Tree, but I’d seen pine trees and Monkey Puzzles, so I thought I knew what he was on about.
‘But why do the sums? Why at night?’ Again, it seemed a fair question. He smiled. ‘At night I can see the stars. The sums are to keep them spinning round each other.’ I understood, I’d seen a diagram of the Solar system and even a picture of the Milky Way.

‘Do you like your job?’ I knew that people worked because they had to. ‘Oh yes’ he said ‘It’s very satisfying.’ And then he was gone, I stood at the window, my breath making puffs of smoke. I watched a long shadow crossing the street, slanted like the shadow trees. The glass had steamed up, there was I mark where my nose had touched it. It was cold to my fingertip. I traced words out, in mirror script, I could always write like that. I took my time, it was important to get it right . ‘Thank you Mr Frost’. 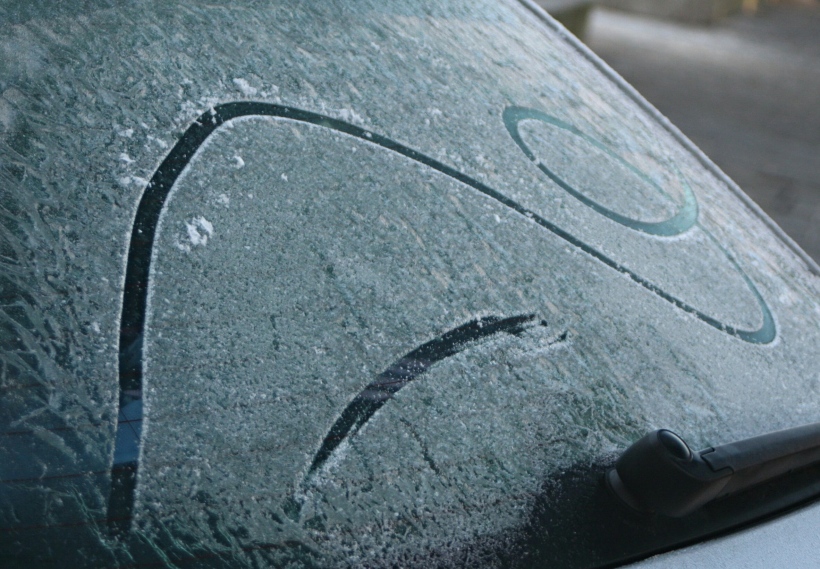 4 thoughts on “The Man At The Upstairs Window”